The Expat’s Guide to Retiring in Mexico

Maybe you are interested in:
July 5, 2021
Buying Real Estate for Retirement - Begin Today!

Investing in real estate is a business with a lot of information and caveats to be aware of. Some locations have higher profitability than others. To ensure the property you're planning to purchase has good capital gain potential, check out our recommendations and get started today!

At TAO Mexico, we have beautiful properties on the best beaches in the Riviera Maya, such as Puerto Aventuras, Tulum, and Akumal.Our real estate consultants will be happy to help you and answer all of your pressing questions. They can guide you to the ideal house based on your needs, wishes and goals.

If you’re an American or Canadian, you’ll be pleased to learn that you can, indeed purchase a home in Mexico. There are simply a few requirements to meet, and that dream is yours to have.This article will get you started down the path toward investing in real estate in Mexico as a US Citizen.

The Riviera Maya is a top destination that serious investors consider when purchasing property in Mexico. It’s home to beautiful destinations such as Cancun, Playa del Carmen, Puerto Aventuras, Akumal and Tulum. There are also other highly profitable areas to boost your investment such as the Pacific beach towns of ​​Puerto Vallarta and Los Cabos, or the cultural hub of San Miguel de Allende.

It's never too soon or too late to begin investing your money for the future. Whether you're just getting started, or a well seasoned investor, we'll help you choose the best options to invest your wealthy from cryptocurrencies to IRAs and real estate. Read more... 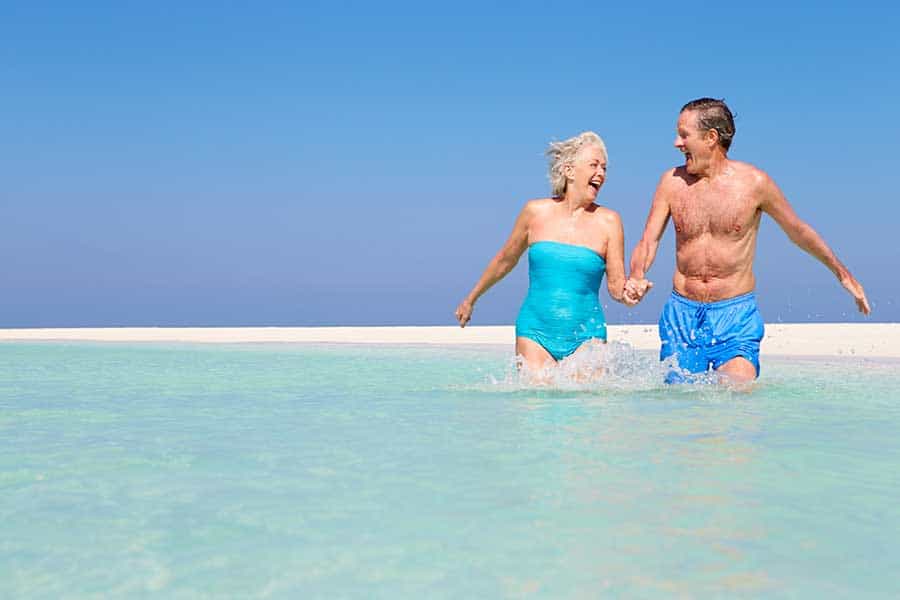 ” down here in the Riviera Maya, discussing the change we all went through when we first considered retiring in Mexico. Most of us agree it was when we were first planning on retiring in Mexico that we found ourselves wildly unprepared for the move. Most of us simply lacked the basic knowledge required to make the change to a foreign country, and in retrospect, many of us were daunted by not knowing 100% what to expect.

For most of us, making the decision of retiring in Mexico was like taking a giant step into the unknown. I remember when I first started thinking about it. My head swirled with the constant backchat from my mental to-do list, as I constantly replayed everything over and over in my head, desperately trying to make sure I was prepared.

Now, on the other side of the move, as I write this from my precious Caribbean paradise, I realize that in the build up to retiring in Mexico I was just torturing myself psychologically with the problems of the big move. My mental energy wasn’t going towards solving the challenges which stand in the way of retiring in Mexico, that was simple, moreover, my brain was just anxiously chewing over the things which it felt were beyond its control.

I’d taken care of all my homework: applying for a resident’s visa, reorganizing my taxes, so why did I still feel like I had 1,000 things to do? On reflection, I think it was just my brain activating in anticipation of a new experience, a new challenge. I knew that retiring in Mexico was going to be beyond my expectations, and challenge my understanding of how the world works, but being challenged is a natural part of broadening your horizons - we grow by overcoming difficulties.

Our entire group was united in agreeing that retiring in Mexico was the best thing we ever did. It deepened our understanding of the world, it made us more rounded human beings, and it did so in the most magically abundant natural paradise. There’s a saying which goes around here, “
”. Well, we all wholeheartedly agree.

Like most things in life, once you know the process it isn’t that difficult. Retiring in Mexico is relatively simple in terms of the paperwork and bureaucracy, then there’s just the practicalities of the move. This is the expat’s guide to retiring in Mexico, which we hope will arm you with some insider knowledge of what it will be like on the other side of that big leap. Here are the things we think you need to seriously consider:


Where Do You Want To Go?

One of the main things you need to think about when retiring in Mexico is where exactly do you want to live? OK, so you may not be planning on actually living down here full time, but still, you have to make sure that you don’t choose your paradise on a whim. We think the best way to find the right place is to actually come here. To feel it out.

Mexico is an enormous country and has a lot to offer beyond the Riviera Maya. As an expat who lives full time down here in Quintana Roo, I cannot say what retiring in Mexico would be like for those living in Baja California, Cuernavaca, San Cristobal de las Casas, or Zipolite. It was the draw of the beautiful weather and laid back Caribbean lifestyle which sparked my dream of retiring in Mexico. This is why I and many others chose to live in the Riviera Maya.

The entire Riviera Maya of the Yucatan Peninsula has an abundant natural beauty. Inland, there are dense jungles punctuated by freshwater
. The entire coast is lined with unbeatable beaches which are bordered by the precious blue waters of the crystal-clear Caribbean Sea. It’s really lovely down here.

The TAO community is located just south of Akumal in the Riviera Maya. Our private community is just 10 minutes away from Akumal’s shops and main beach, which is famous for its great snorkeling and turtle migration. My idea of retiring in Mexico involved the privacy of seclusion, an immersion in a natural paradise, yet with easy access to towns and villages. That’s exactly what I found here.

From here in TAO, if we take the highway south it is only 20 minutes to the beach clubs, banks, and restaurants of Tulum, while if we drive north it is only 30 minutes to a much broader range of facilities in Playa del Carmen. Cancun airport is less than 60 miles away (94 km), and can easily be reached in just over an hour.


What To Take? What To Leave!

Of course, this is a question only you can answer. What you feel you need to bring with you is a private moment between you and the contents of your closets, however, the best advice we can give you: travel light. Think about bringing the kind of clothes that you wear in the summer; you won’t need huge cardigans, jackets or sweaters down here. You will be surprised how by living a simple, peaceful life, you won’t need any of that stuff you amassed back in the US.

When I was packing up my house in preparation for retiring in Mexico, I decided I had to be ruthless about what I was going to bring with me. OK, so the purge wasn’t as dramatic as setting fire to my possessions - most of my furniture and ornaments went into storage - it only involved deciding what was going to come with me and what was going to stay. I kept it simple. I asked myself the question, “
Most of the things that decorate my house here which come from my old life are small, personal items like family photographs.

The final big question I asked regarding “
” was the car. When thinking about retiring in Mexico, a lot of people imagine relocating the same way one relocates in the US: by driving. I did too. I thought about driving my car over, but when I looked into it, I think it’s a major bureaucratic hassle and quite frankly, not worth it. You can pick up a decent car down here in Mexico pretty cheap.

One of the equally wonderful and frustrating things about retiring in Mexico is that the entire country beats to an entirely different rhythm to the US. Here, things tend to happen at their own pace, with any attempt to speed up the process ultimately resulting in downtrodden failure. I say it is “equally wonderful” that Mexico is slower, because once you too learn to live at a more stoical, simple pace of life, you will discover a happier, more reflective and peaceful version of yourself.

With such an abundant tourism industry along the Riviera Maya, most local Mexicans have a good handle on English, making it a good place for retiring in Mexico. In fact, these days you find a lot of Mexicans who speak English very, very well. There is also quite a widespread expat community throughout the Riviera Maya, and English is most people’s second language, so it’s very easy to get along in shops and restaurants, and to feel like you are part of a community.

Having said that, we have to be honest with you, if you’re thinking about retiring in Mexico, ideally you have to learn at least an intermediate level of Spanish. Speaking a foreign language is just a matter of repetition. In order to do that you have to practice. We tend to feel so stupid because we don’t know how to speak that we are afraid to say anything in Spanish. Our advice: go for it. Try to mimic the accent too.

If you do manage to learn a basic conversational level of Spanish, it will open up your whole experience of retiring in Mexico beyond the borders of a lovely house. Despite being amazing exercise for the brain, learning Spanish will allow you to master your environment, and will earn you a lot of grace from the courteous and respectful Mexican people. The best advice we can give you is to repeat whole phrases you hear people say, rather than trying to construct sentences piece by piece.

One of the best things about retiring in Mexico is the individual freedom which is extended to every person who lives here. Mexicans fiercely defend their individual rights to freedom, meaning no one tells anyone else how they should live, and by extension, no one will ever tell you how to live. The price you pay for this freedom is you forgo the right to tell anyone else how to live. It’s great, but sometimes a Mexican party can be very late and loud, which, of course, is cool if you’re there…

If you’re ready to start thinking about retiring in Mexico, 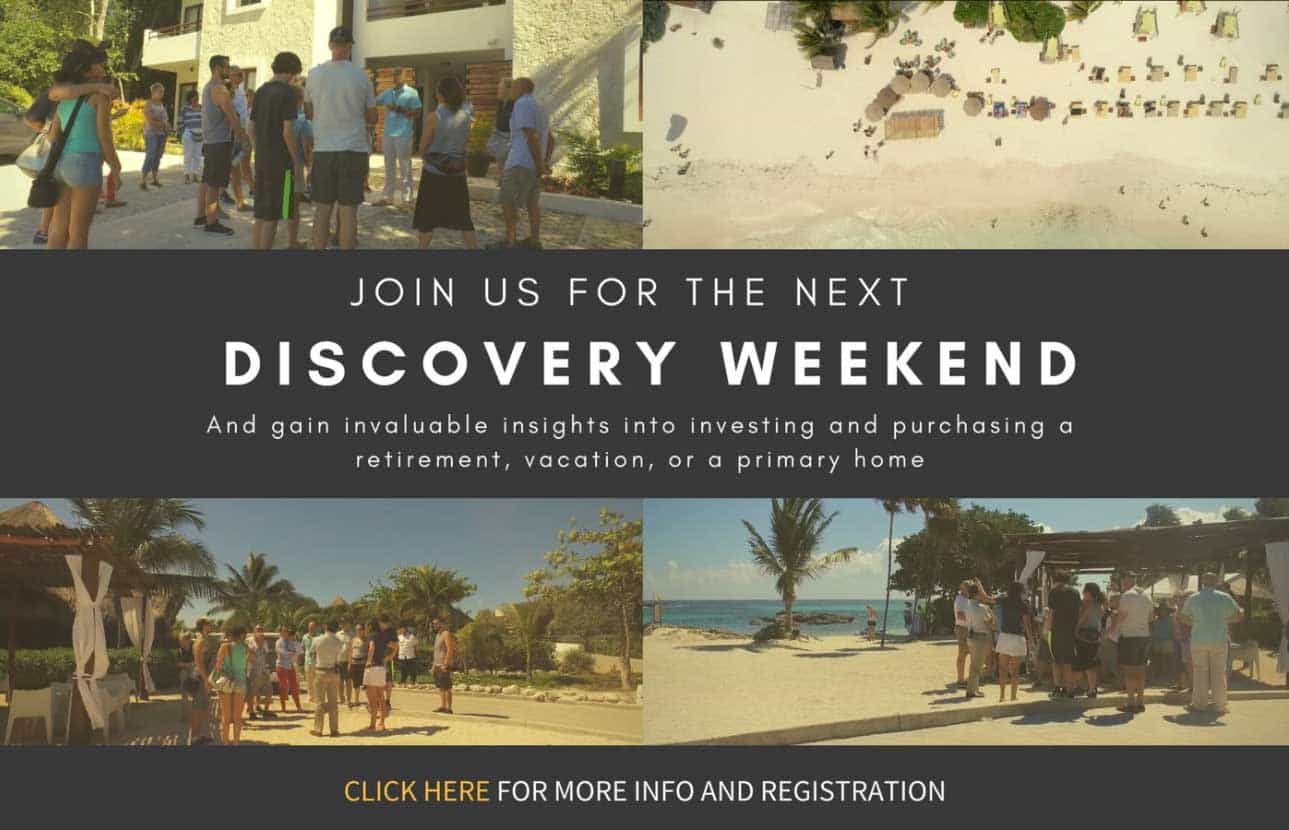 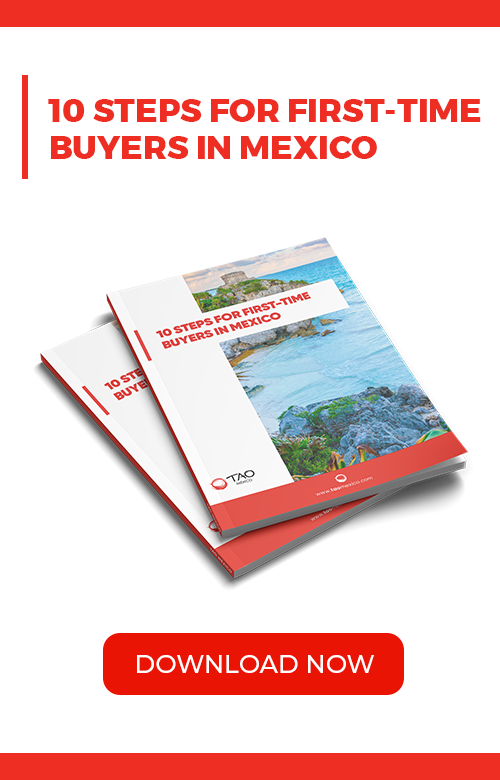